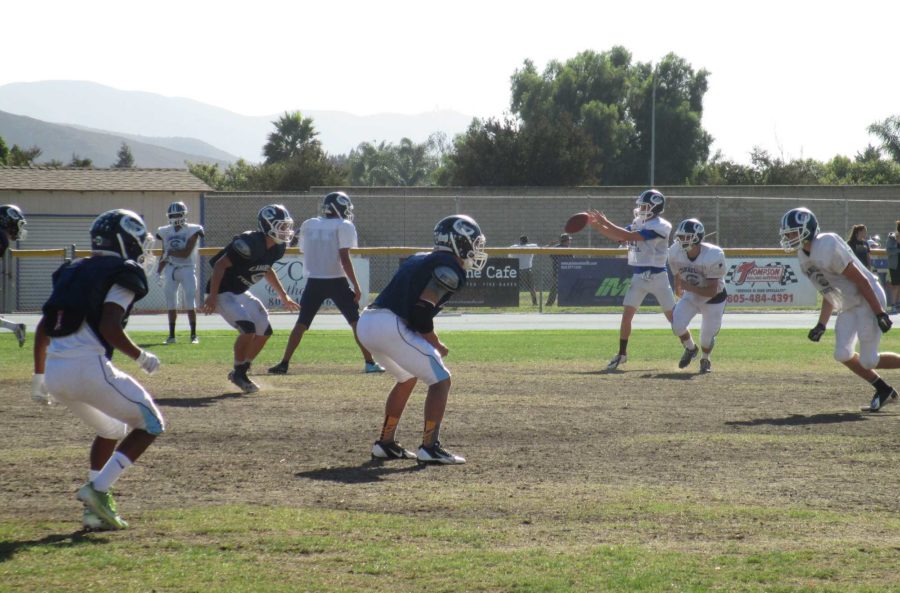 Cam High’s last home football game of the year ended on a sour note for the Scorpions, as Cam High was defeated 24-7.

“I believe that we will win!” rang from the stadium as the spirit section cheered for the football team, when merely three minutes into first quarter, Thousand Oaks quarterback Max Gilliam scored the first touchdown of the game with a forty-two yard run.

Two minutes into the second quarter, Cam High scored their first touchdown, tying the score 7-7. Another attempt to score was shut down as Nico Lima, senior, threw an incomplete pass to the end zone.

By the end of the second quarter, wide receiver Andrew LaChapelle completed an eighteen-yard touchdown pass for Thousand Oaks, advancing their score to 14 and leaving Cam High at 7.

Half-time included a special performance by the Camarillo Cougar Cheer Squad, which include a routine with no music due to technical difficulties. Seniors were also recognized and escorted by a family member onto the field as part of Cam High’s annual Senior Night.

There were no touchdowns scored in third quarter.

Just forty-six seconds into the fourth quarter, wide receiver and defensive back Ryan Pemberton scored a seven-point touchdown for Thousand Oaks, ending the game with a score of 24-7.