“We have nothing to fear but fear itself” 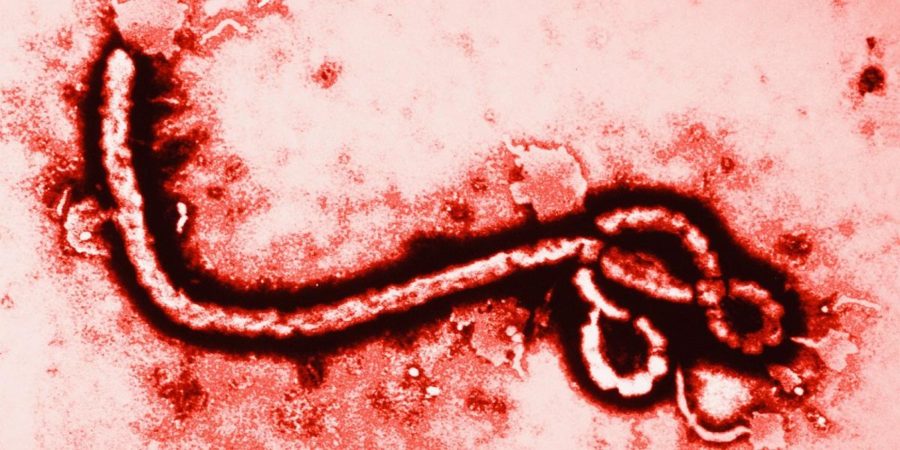 Photo taken from Centers for Disease Control and Prevention

Ebola is spread through direct contact with blood and body fluids of a person infected by and already showing symptoms of Ebola. Ebola is not spread through the air, water, food, or mosquitoes.

Talk revolving around the Ebola outbreak in the United States has been skyrocketing on various social media websites, including Twitter and Facebook, with over 2 million posts containing the hash-tag “Ebola” alone.

Television stations capitalized on the hype, unintentionally causing an Ebola panic within the U.S. Some news stations like Fox News have released reports on the facts of the matter to try to soothe the populace’s worries about the threat. Fox also advised that viewers get a flu shot in order to protect themselves from the incoming flu season instead of panicking over the Ebola crisis.

“I think the discussion of [Ebola] is necessary, ” said Hannah Kurowski, junior. “There’s a distinction between the necessary amount of information to be shared and the over-emphasis of that information. We’re definitely getting into that over-information point, and that’s making people afraid.”

Ebola is a disease that is spread  through contact with bodily fluids of infected individuals and has mortality rates ranging from 25% to 90%. The natural reservoir of the virus has not yet been determined, but scientists believe it to be bats- specifically, the fruit bats found in West Africa. The Ebola Virus is only transmittable once symptoms start to show, which is approximately 20 days after contraction.

This virus has become an epidemic in West Africa, killing thousands of people. The question is: does it pose a legitimate threat to Americans?

Statistically speaking, the threat of Ebola is marginal compared to other causes of death. “You are more likely to die of a gunshot in the USA rather than Ebola,” said Daniel Griffith, junior.

Only three people in the United States have been recently infected with the Ebola virus. One patient, Eric Duncan, passed away in a Texas hospital from the infection. Two others, nurses who treated Duncan, have been declared disease free and have been released from care. In theory, if we were to continue to use the best technology and physical protection to defend against the disease, no one would be infected from people being treated.

One of the nurses who treated an Ebola patient in the U.S. was infected while using full body protection, which can only mean one of two things: the nurse either contracted Ebola through the body suit which means that it was not up to safety standards, or they lacked the resources for the necessary isolation to keep the virus at bay.

While it is easy to buy into the false fear that Ebola poses a real hazard in America, the critical evidence shows that the perils of Ebola have been blasted out of proportion. Those who traveled to West Africa and were exposed to the disease were aware of the possibility of contracting Ebola and went the the hospital as soon as they started noticing symptoms. With such an easily transmitted disease, responsible preventive measures ultimately averted a major health crisis, and Americans have no reason to fear a virtually elusive virus.