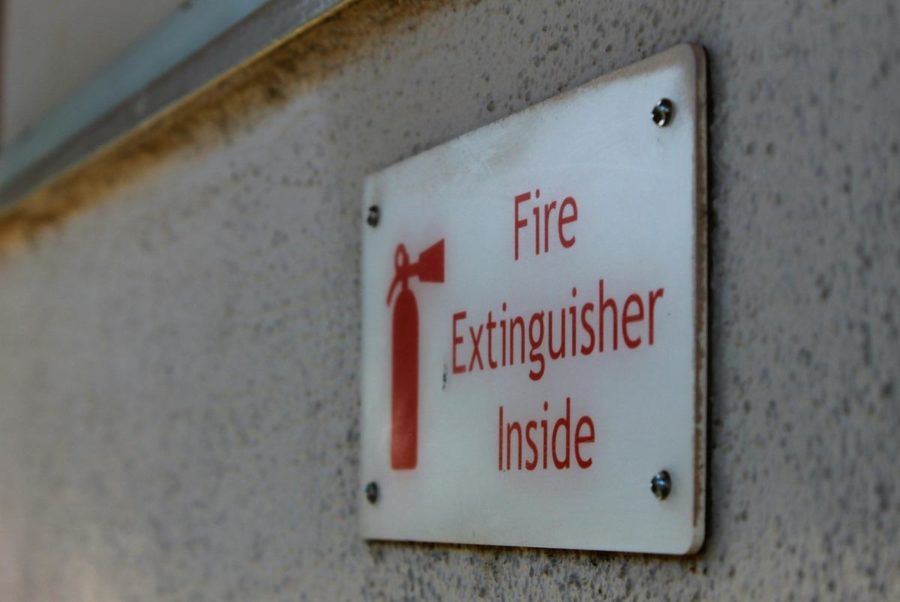 There have been more evacuations and fire alarms in the first two months of school this year than in the past three years combined, according to Cam High records.

Cam High’s hallways echoed with ringing and rapidly filled with confused students as an emergency fire alarm sounded during fourth period today. The fire was caused by smoke resonating from an oven in Mrs. Ida Lange’s cooking class.

Lange said that her husband, Mr. David Lange, was in the classroom when the incident occurred. “We were finishing up a new recipe and smoke started coming out of the oven,” said Ida. “Our particular classroom has fans, and they started blowing all the smoke to the one central location where the smoke detector was.”

Alia Berns, a senior at Cam High and a student in Lange’s class, said that a student was making cookies, which caused a mass of smoke to come out of the oven when he removed them. “It wasn’t like an explosion in the oven or anything, but all fans blew the smoke to the center of the room,” she said.

“I was going around checking all the kitchens, and when I was over at the front [of the classroom], all of a sudden I saw smoke coming from the back,” said Arianna Jamon, senior and Lange’s teacher aide. “As soon as [the student] opened the oven, a big cloud of smoke went into the air and set off the fire alarm. It was really bad.”

Lange said that the mass of smoke was caused by a mistake in the kind of paper used on a baking tray: wax paper used instead of parchment paper. “[Students] aren’t supposed to put wax paper in the oven because it lights up like a candle,” she said.

Because the alarm sounded during fourth period, many students expressed confusion in fire emergency protocol. “I got so scared,” said Lauren Christiansen, freshman. “I got lost, and ended up circling the tennis courts a bunch of times.”

There have been a few evacuation alarms so far this year, but never during a class period. “I went to my first period by mistake, and so did a bunch of other people in my class,” said Jenna Campisi, freshman. “Nobody knew where to go.”

Though there was one false alarm two weeks ago, many students and staff say that fire scares do not occur very often.

“In all my ten years [at Cam High] I have honestly never set off the smoke alarms,” said Lange. “It’s not something that happens too often.”