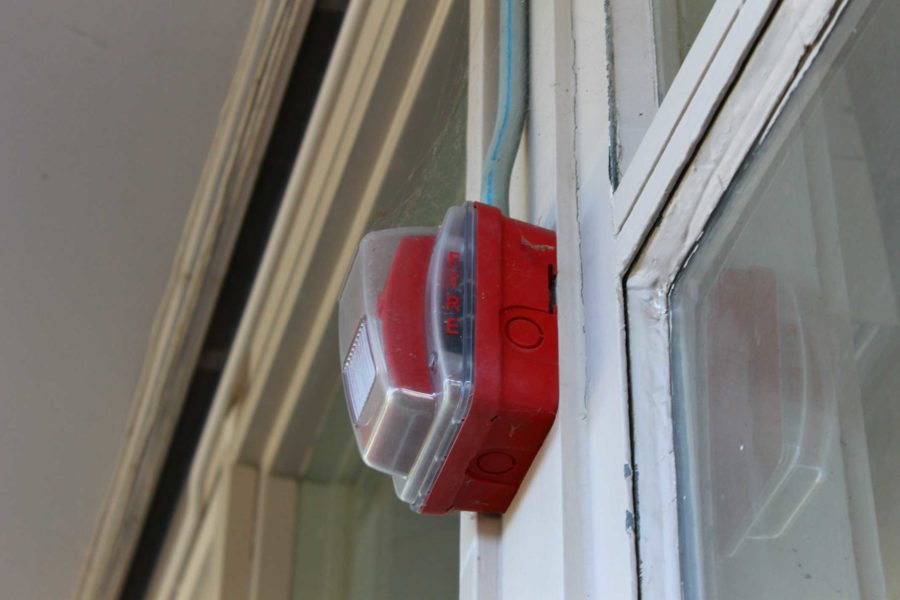 In the midst of rainy conditions, a sporadic series of fire alarms sounded over Cam High during first period on Wednesday Jan 6.

The alarms went off a few minutes into the allotted homeroom period. According to Cam High Principal, Dr. Kim Stephenson, there was much confusion in the office after the alarms went off. “The administrative staff was not immediately sure of the cause of the alarms,” said Stephenson. “We treat every situation like this as an emergency.”

Stephenson said that administrative staff reacted quickly to the fire alarm, and took every necessary precaution to ensure the safety of students and staff. “We evacuate as quickly as we can, and we determine the source of the alarm,” said Stephenson regarding the typical procedure in assessing an unknown threat to campus. “From there, we assess the nature of the threat and release students when it is safe.”

An investigation of the fire alarms determined that the cause of the alert was due to a malfunction of the smoke detectors in the newly-built pool locker rooms. Stephenson stated that the alarms went off due to a buildup of steam in the locker rooms. “This happened a couple of times last year. However, I don’t think it’s ever happened during the school day,” said Stephenson.

According to school policy, students must evacuate during a potential fire emergency, regardless of whether it is a false alarm or not.

Several students expressed their disgruntlement upon the distraction, and having to walk out to the tennis courts in heavy rain. “The fire alarms gave us less time to do what we were supposed to get through for that day,” said senior Darin Kodama. “It was kind of a waste of time.”

The fire alarms rang periodically for about fifteen minutes before they were shut off, and students were released to their classrooms.

“It barely fazed my class, to be honest,” said senior Farhan Saleh. “We all thought it was a joke at first, but when we heard the alarm continue to sound, we all got worried. It interrupted our class for a little bit but we once we got back from the tennis courts, everything went back to normal.”