The Star Wars for the Next Generation 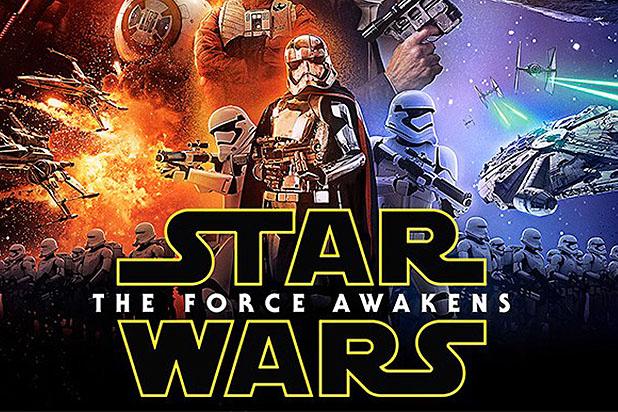 Like so many others, Star Wars has always had a special place in my heart as a tale of love, lightsabers, and lighthearted fun.  So, when I learned that the classic series was to receive three more installments, I was overjoyed but also a bit skeptical. What if Disney produced horrible, CGI-orgasms like the prequels? What if my favorite movie series was destined to die a cold and sad death? Although Star Wars: The Force Awakens certainly has its flaws, it serves as the foundation for the next generation of Star Wars fans and nerds alike.

The film begins with the quintessential Star Wars screen crawl detailing the rise of the First Order as the remnants of the Empire. In order to parallel the dichotomy of light and dark, the Resistance has already risen to repress the forces of evil within the galaxy. At the time, this simple premise was an ample enough foundation for my over-excited self; however, now that I have had time to reflect upon the movie within context of the whole saga, I cannot help but question the entire opening setting. Why is there a resistance when this First Order is obviously weaker than the New Republic? Where did the First Order come from? Why are they called the First Order? To Star Wars fans who strictly adhere to the movies, there is never an explanation given beyond the opening scene, and to be frank, it seems as if the movie doesn’t care. Although this is not the largest problem with the film, it sets the stage for the most egregious and recurring blunder of the film– repetition.

To put it bluntly, Star Wars: The Force Awakens is a better written and more visually impressive rendition of the first Star Wars movie, A New Hope. Does a big, planet-like object that shoots lasers seem familiar? How about the fact that this enormous and seemingly unstoppable weapon has a conveniently simple weakness? Or maybe it’s the sandy-like planet which is definitely not tatooine that jogged your memory? The parallels to the original film are unmistakable, and for a die-hard fan like myself, this repetitive nature deeply frustrated me.

However, after having spent weeks thinking about the film, it has become clear that J.J. Abrams did not make this new Star Wars for people like me. Star Wars: The Force Awakens is meant to invoke those same feelings of glee and awe of the original in a newer generation of kids accustomed to HD resolution and realistic effects. With the combination of elements from the original trilogy as well as a unique antagonist, The Force Awakens advances Star Wars into the next generation.