A simple lack of trust 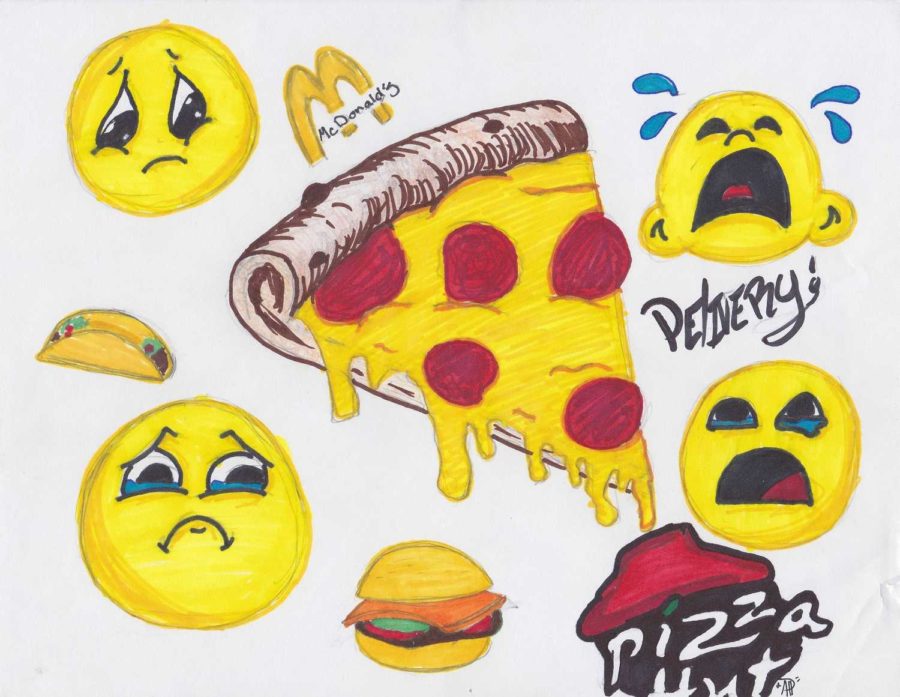 Parents will now no longer be able to drop off food for their students in the office, nor may students order food from outside vendors, such as Jimmy Johns, Toppers, and Domino’s, and have them delivered to the school’s campus. However, parents may still drop off food directly to students during their nutrition and lunch periods, and in the case a student forgets his or her lunch, free milk, fruit, and vegetables are also available at the cafeteria.

This new policy was not created or mandated by the district, but was in fact the product of Principal Dr. Kim Stephenson and will be enforced by the Cam High administration.

Stephenson believes the food drop off was a liability due to the fact that the office doesn’t know “what’s in the bag, who’s responsible, who’s on campus, how will it be stored, [and] who is picking it up.”

It is frustrating how the school is restricting our food privileges further than they already have. The cafeteria and the vending machines are already the only places that food can be purchased throughout the day and the cafeteria only sells strictly district-authorized food, which is unappetizing and sometimes unhygienic. The supposedly healthy food is only considered nutritious because it follows precise nutrition laws. Furthermore, the vending machine snacks are also overpriced and contain small portions due to the same aforementioned food regulations.

There comes a point where school regulations cross the line and create an oppressive environment. This entire situation can, by all means, relate to the whole vending machine nonsense a while back as well as the cafeteria food dilemma.

It shouldn’t matter where our food comes from and who drops it off. Most teens are familiar with the whole “stranger-danger” idea by the time they reach high school, and at this age, you would expect a little more trust for the students from the faculty. Our society is turning into a place where safety is taken to the next level, and trust has become nonexistent.

In truth, all of the actions that people perform in life aren’t safe. If you step back and look at it, going to school isn’t safe– simple accidents happen all the time in the classroom and during school sports. The difference between the first safety issue and the second one is that for some reason, students aren’t being trusted with something as simple as food. Well, at this rate I would advise everyone to not buy food from grocery stores, because it is a health liability not knowing where it came from, how it was grown, and who was responsible. Of course, this would be ridiculous because everyone trusts the FDA (Food and Drug Administration) to regulate any health issues in the products that we consume.

Stephenson later mentioned how it is against the rules to have outside food sales on campus and for money to be exchanged with outside vendors. I, however, am appalled by the fact that they are not allowing students to order food during our so-called “free time” (lunch, nutrition, free period). Moreover, I detest the fact that my parents can’t drop off food around 11:30 a.m., because that’s the only time they get a break from work.

If the school insists on treating us like children, then they should take more responsibility for the food traffic in the office. Stephenson mentioned faculty concerns about “a professional environment issue ([because the] counter is full of lunches, smells, bugs, liquids,traffic…).”  Yet, it isn’t the students’ fault that there isn’t a better system to organize the food being dropped off. Lunches could easily be stored on a cart or somewhere other than the front counter, and after lunch is over, the office should start throwing away or getting rid of lunches that don’t get picked up.

There have also been complaints of food thefts. Sometimes parents drop off food for their students, and when the student goes to pick up their lunch, it is no longer there because someone else stole it or picked up the wrong lunch on accident. Once again, this isn’t the student’s fault. The front desk isn’t monitoring the drop off situation in a correct manner. If safety is the main issue that is causing trouble for food drop off by parents, why isn’t the parent/person dropping off food not being asked for ID or some proof of relation to the student? Whenever students are picking up their food, why aren’t they asked for their school ID in order show that the lunch they are picking up is theirs? There are so many different ways to approach this situation and make it more efficient rather than enforcing the extreme and not allowing parents to drop off food for their students in the office.

It is unfair how we as young adults (or so they call us) can’t get food dropped off when it is deemed appropriate. As a distinguished school, it is absurd that students are still being treated like elementary school children when it comes down to the basic human need of food. Where is the trust that we, as young adults, deserve?