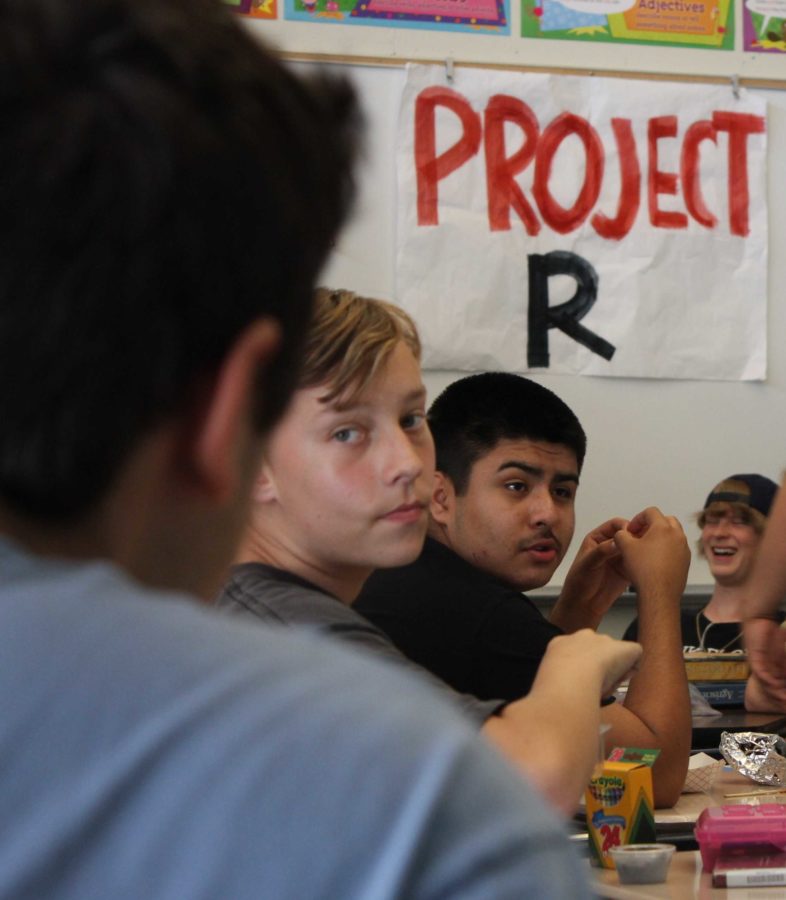 Students relaxing after their meeting.

In an effort to get students to understand and appreciate the diversity of Cam High, Sheyda Mesgarzadeh and Jolene Cedre, seniors, created Project R a club which is addressing what they believe is the inappropriate use of the word “retarded” to describe the intellectually disabled.

Ms.Tiffany Sahli, club advisor and teacher of the autistic program, believes the usage of the R word is completely unnecessary and should not be considered a word at all. Sahli took  part in the club so that some of her students can be a part of Project R. “We want to integrate our students with special needs with our general education population,” said Sahli. This will make people aware of the capabilities of people with intellectual disabilities. “Just because they have social difficulties doesn’t mean they don’t want to be friends with you, they just don’t really know how to approach it.”

“The R word is just another way of using the N word and if it’s not socially acceptable to use the N word in society what makes the R word any different,”said Mesgarzadeh. “The way students are being treated is history repeating itself in a different way.”

Project R has meetings every Thursday during lunch in I-2. The club currently has over 40 members all of whom aim to make a difference in the special needs community.