An Assault on the First Amendment 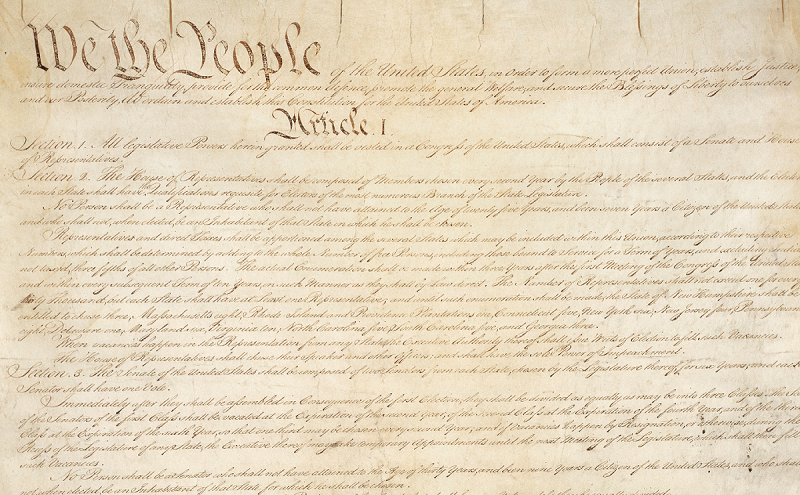 At Neshaminy High School, tensions are high and crisis is in the air, and a violation of Constitutional rights is at the heart of it all.

After fighting a months-long battle with the school board, Tara Huber, adviser of the Pennsylvania high school newspaper The Playwickian, has been suspended on a two-day leave without pay. Additionally, the paper’s editor-in-chief Gillian McGoldrick has also been suspended from her position until the end of September, and $1,200 was cut from the newspaper’s activity fund.

These apparent punishments are in response to the Playwickian’s editorial decision to refrain from using the word “Redskins” – the school’s mascot – in publication because they determined it to be racially offensive.Principal Ron McGee told the students to either print the word in full or not print the paper at all. The editorial staff stood by their decision.

This is not an issue of the appropriateness of the word “Redskins.” Rather, it is an issue of whether or not the school administration can legally overrule the First Amendment rights of The Playwickian staff.

The court held that as long as they are not disrupting the learning environment, students are granted freedom of expression just as any other American citizen.

Around the nation, school newspaper staffs are backing the First Amendment rights of the Playwickian, who are wearing black armbands with “2 Days” printed on them reminiscent of the Tinker case. At James Bowie High School in Texas, the staff have decided to do the same to show solidarity with the Pennsylvania student paper.

The absence of the term “Redskins” in a free publication does not affect the learning environment in any way, and the students of Neshaminy High School have every right to protest the usage of potentially offensive terms. To forcibly stop the writers from holding their ground on a relatively harmless issue is censorship and just short of tyrannical.

And we are not the only ones who feel this way: Our colleagues at the Foothill Dragon Press at Foothill Technology High School in Ventura reacted so strongly that they set up an IndieGoGo site in attempts to redress the money stripped from both the Playwickian students and their adviser-in two days, they’ve raised nearly half the needed amount.

As a fellow First Amendment newspaper, the Stinger staff has voted unanimously in support of the Playwickian staff and their right to free speech.