Arming for the Test 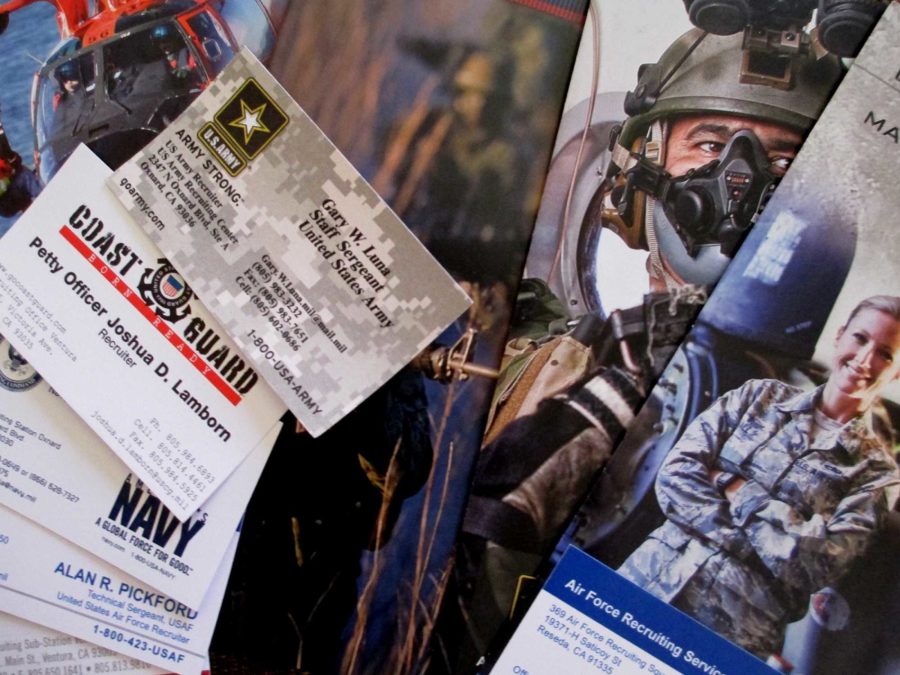 Some Scorps are considering their options in the military and took the ASVAB, a test offered by the US Armed Services, on Sept. 16.

Cam High students interested in joining the U.S. Armed Forces took an essential assessment test on September 16 in the cafeteria.

The Armed Services Vocational Aptitude Battery (ASVAB) helps students aspiring to join the Armed Forces realize where they can take their career.  Similar to an IQ test, the ASVAB can be retaken a number of times to offer different career paths in the military. The test can be taken by any student regardless of their interest in military careers, however.

The ASVAB is offered to students annually during first semester and requires that they sign up for it at the College and Career Center beforehand.

Kristina London, Cam High junior, signed up for the ASVAB Test with interest in following her dad’s footsteps by joining the Air Force. “I came into it confidently and ready to take the test that could make my career,” she said. “[Some questions were] easy and some were like, why didn’t I listen to my Dad?”

Sgt. Louis Oceguera, Marine Corps Recruiter, said that as a result of recent military downsizing, it is much more difficult to find a position in the Armed Forces now than it was five years ago. Originally, students were able to acquire a job in any branch of the military with an ASVAB score in the high thirties, but now, branches such as the Air Force require a forty or above.

The ASVAB assesses people’s knowledge in various fields. The “Automotive and Shop Information” section of the test is not currently part of the curriculum offered or taught at Cam High.  When faced with some of these questions, London said, “I pretended like I knew it, like common sense I guess.”

Sgt. Colby Parry, Marine Corps Recruiter, took the test in 2012 when he was a student at Cam High. “Some areas I was stronger in than others, and that’s what the test is about,” said Parry.

The test can also be retaken every 30 days which allows the test-taker some leeway if they performed poorly.

The test is made up of seven different sections, each taking about 10 to 35 minutes, which adds up to approximately three hours. The test assesses the students’ knowledge of mathematics, vocabulary, electronics, paragraph comprehension, automotives and shop, verbal expressions, arithmetic reasoning, general science, and other categories depending on which branch a student would like to enlist in. Some, not all, of these categories are taught at Cam High.

“I think it was a very good assessment on my career potential,” said Michael Mayper, senior, who took the ASVAB.