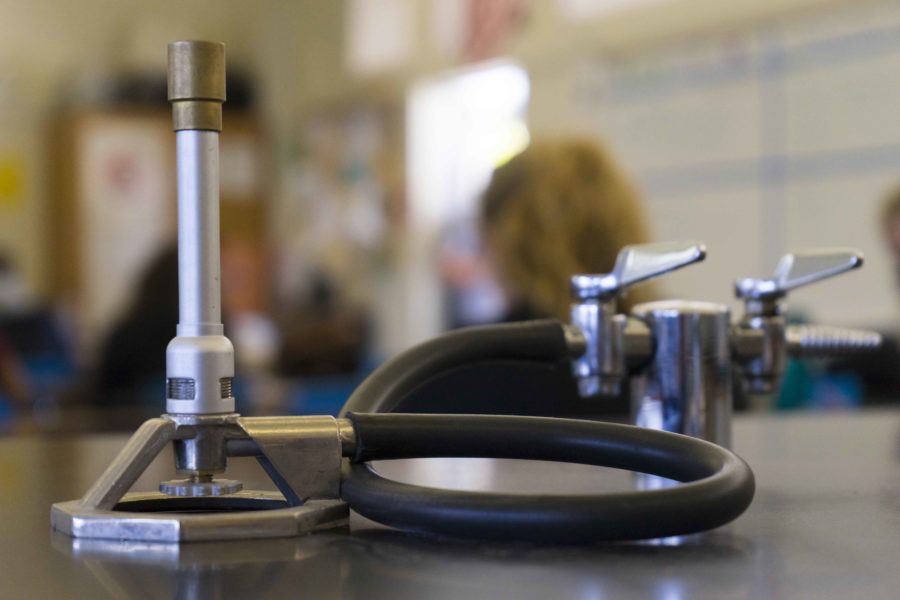 Bunsen burners, a part of the everyday life of chemistry. It's believed that a chemistry experiment in J2 caused the alarm.

Cam High students and staff evacuated classrooms and offices on Tuesday as a fire alarm went off at about 8:45 am. Causes of the alarm are still unclear but explanations vary from a failed chemistry experiment to a postponed fire drill.

“We had a lab this morning that involved heating implements that released smoke,” said Tari Kurman, senior, and an aid for Mr. Bill Tanner’s AP chemistry class. The fire alarm was supposedly caused by this science experiment but Tanner said he could neither confirm nor deny this accusation.

“We think it originated from J2 but we aren’t sure,” said Mr. Tom Ito regarding the incident this morning.

After trying to obtain more information on the sudden alarm, there is discrepancy regarding whether or not this was a drill. “I believe it was literally a drill,” said Tom Taketa, counselor. “They were supposed to have one last week and it got cancelled, probably due to AP testing.”

Administration was not not fully aware of what was going on but the evacuation went as planned and all students and staff were accounted for while quickly assembling at the tennis courts behind L building. “We had no idea what was going on. Lipman came running to the office saying you guys better get going, so we went,” said Taketa.

Students responded as expected according to administrators and no one was hurt in the incident. “I was not worried, it was not a problem,” said Kurman, “A combination of all these smoke things led to the fire alarm going off because not all the windows were open.”

Other unsubstantiated allegations about what caused the alarm were lodged, but none could be confirmed. The Stinger will continue to follow this story.