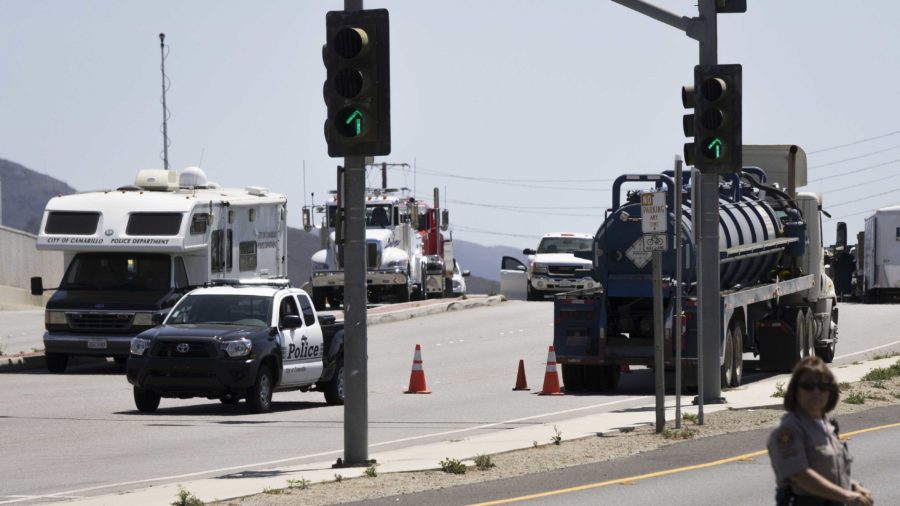 Camarillo police officers make sure that the cleanup crew is able to work without any disturbance at the site of the oil-tanker crash this morning near Cam High.

Commuters faced difficulty on their way to Cam High this morning when a tanker truck flipped causing backups on the Santa Rosa bridge near the 101 freeway entrance.

According to officials with the Ventura County Sheriff’s Office, an oil tanker turned over early this morning and resulted in a hazardous-materials spill as fuel leaked from the truck. Clean up crews remain on the scene as of this post.

“I had to take a ten minute detour,” said Daniel Boutell, senior and copy editor for the Stinger who found out about the accident this morning. “I have no idea how I’ll get home, either.”

The traffic caused by the accident shows no promise of diminishing by the end of the school day resulting in several students having to find alternate routes.

Mr. Glenn Lipman, Cam High principal announced to students that the bridge over the 101 was closed and that if they lived south of Cam High, they would need to find alternate routes home.