Cam High Gets More Fiber in its Digital Diet 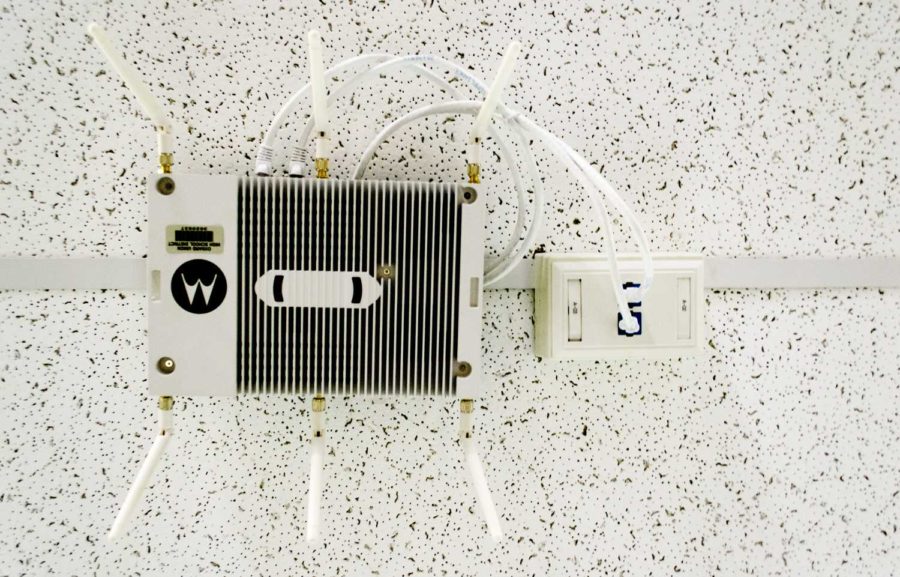 A student WiFi connection at Cam High. IT officials at the Oxnard High School District are increasing bandwidth to allow more access.

As a result of slow Internet speeds at select Oxnard Union High Schools, the district has signed a contract to increase the bandwidth from 200 megabytes per second to two gigabytes per second: 10 times faster than what the school currently uses.

According to Mr. Glenn Lipman, Cam High principal, “the WiFi will stay on [during the internet upgrade].” Despite this, it is encouraged that students use the WiFi for class-related purposes only during the final weeks of school. This will ensure that enough bandwidth is available in case of an outage during the upgrade.

“If we continue to have a slowdown in our network, then we will be forced to shut down our student BYOD until the end of the school year,” said Dr. Puneet Sharma, Director of IT Services for the district.

Time Warner Cable, the current provider for the Oxnard Union High School District, reached an agreement with the district to bring a faster connection to the campus. As it stands, teachers often have class disrupted by the overloaded network when they plan to show a YouTube video as part of a lesson.

Internet wiring at the school currently runs through copper cables laid in the 1980’s. With the upgrade, the school will receive “new fiber optics to increase speed,” said Sharma. The fiber optic cables will take the place of the old copper ones. The new cables also provide the ability to upgrade the network to even faster speeds and more space should the school need it.

The network upgrade will allow multiple teachers to stream videos and content from the Internet for their classes. Currently, if too many students use the WiFi connection, the streaming slows to a crawl creating pauses and interruptions in the stream. Once the upgrade is complete, the network will support robust usage including student WiFi connections according to Sharma.