Girls BB Shoots for the Moon, Lands Among the Stars 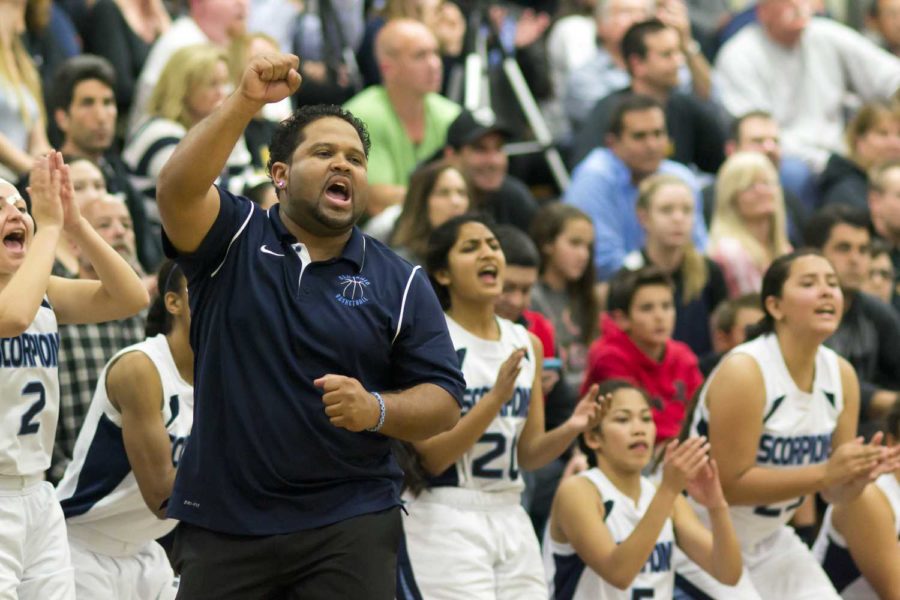 Cam High advanced to their first CIF Southern Section championship game in history against the Ventura High Cougars after a 61-36 win in semi finals against the Newbury Park High Panthers.

“We played with dedication, and we look forward to bringing home our first CIF (Southern Section) championship victory,” said Mr. Michaeltore Smith, Cam High basketball coach for the past six seasons about the Newbury Park game. Unfortunately, the Scorps fell to the Ventura High Cougars, 59-51.

Geralynn Leaupepe, senior, then scored a three-pointer, keeping Cam High’s lead strong at 10-7. At halftime, the score was 26-15. Newbury Park started off the second half with a two point score, followed by a return from Cam High to make the score 28-17. Newbury Park fought back , scoring four points in one minute, making the score 28-21.

At the end of the third quarter, the Scorpions led the Panthers 42-31. Cam High scored first in the fourth quarter, followed by Newbury Park, making the score 44-31. The Scorps then scored a rapid succession of shots, opening up a thirteen point lead. With less than three minutes to go, the Scorps crushed any hope for a Panther comeback with another increase of  20 points.

As time wound down, Cam High secured their victory: a 61-36  domination over the Panthers. The girls then headed to Azusa Pacific University to take on the Ventura Cougars in the CIF Championship game on March 8.

Among girls varsity basketball teams,the Scorpions are currently ranked 73rd on national level and 24th in California and the Ventura High School Cougars rank 44th in the nation and 18th in California.