Bringing the World to Cam High 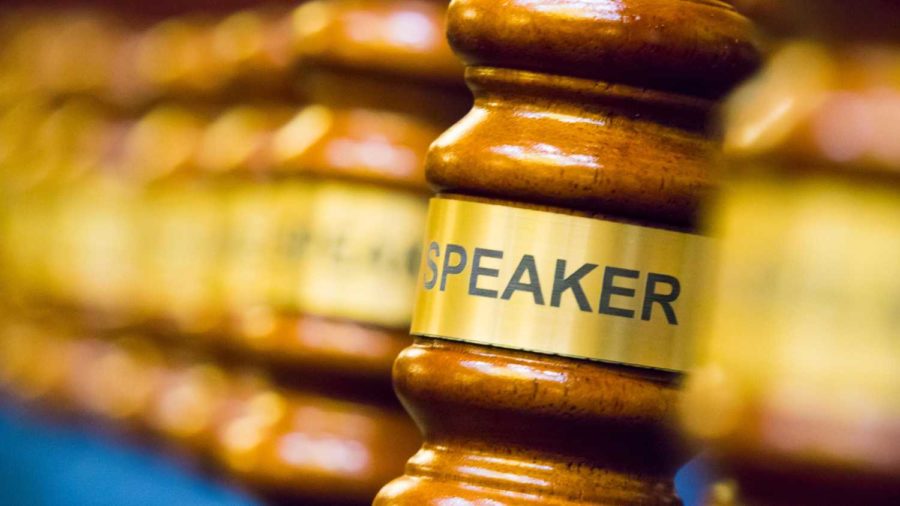 An honorary gavel, given to the winner of the best speaker category at the JSA Competition. Cam High's JSA team competed last month.

A war of words took place as Cam High’s Junior Statesmen of America chapter traveled to Torrance, California for the JSA Southern California Winter Congress Convention. High school students from around the region gathered on Feb. 15 and spoke their minds about the law.

JSA  is a student-run organization in which students from schools across the nation discuss and debate important political issues in society.

Cam High’s JSA chapter was split into House and Senate, mirroring the U.S. legislative branch, with both given the same set of bills to pass, fail, or amend.

Numerous bills covering everything from eliminating youth search and seizure protection in public schools, terminating the daylight savings time system and building a “modified death star,” to discontinuing the welfare system, lowering the drinking age, and even prohibiting drones was discussed.

Michael Huber, junior, who is also a Stinger staff writer and Brian Jeffers, sophomore, defended their bill, which argued that the United States territories should grant US territories’ citizens proper representation in Congress.

On Sunday, JSA met again for a full session, where all the bills passed on Saturday would be debated again and, if passed, would be sent to congress for hearing.

The meeting ended with a closing session to award the winning speakers. Cole Triebold, senior, received a Best Speaker award after his speech entitled, “Promotion of Hydrogen Fuel Cells and Economic Affirmative Action.”

“We were all separated into different parties, and they explained our party platforms and urged us to vote in certain ways in the bills that we debated,” said Alan Cha, senior. “I think Winter Congress was amazing, because we really got to dispel all these other myths about Democrats and Republicans.”

Cha said he believes that JSA has to do with much more than political debates. “JSA really helps because you start off shy – everyone does. You can learn so much just by listening to others. JSA is open to any person; you don’t need to be in any clique. You just need to speak your mind when you’re up there.”

“Students can listen or become a part of these debates. As a chaperone I love taking these guys out to compete,” said Mr. Shawn Near, social studies teacher and JSA advisor. “We have good groups that are involved in getting into debates and the kids run everything.”

“We aren’t debating for a trophy, we debate for change,” said Sierra Najolia, senior and Chapter President. “JSA opens your eyes to new opinions and a voice you might not have had before. It also expands your mind past the ‘Camarillo bubble’ and into real issues while creating a community of lasting, like-minded friends. Above all, JSA helps fight the growing apathy in our nation by helping students find their voice and encouraging them to fight for what they believe in.”

JSA’s next convention, Spring State, will take place between April 25 and 27. JSA meets every Friday at lunch in room D-3.