In Search of the Web 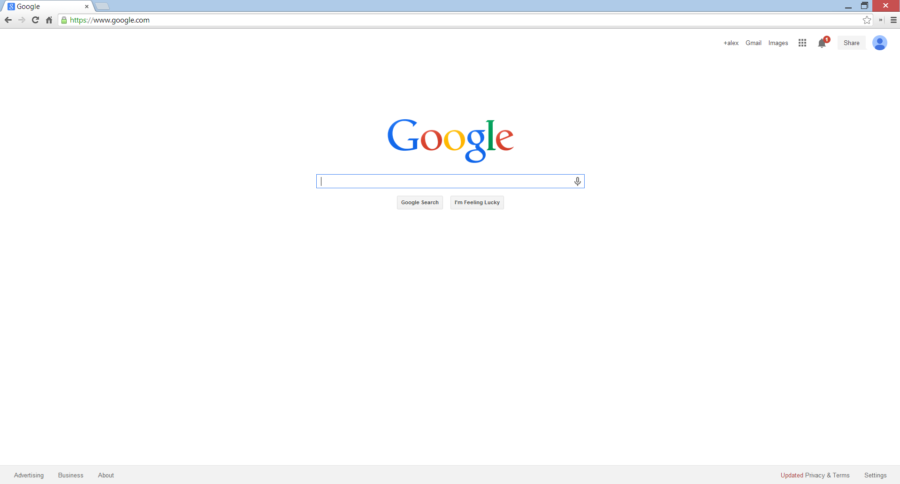 The information age has transformed daily life across the world. Search Engines are the launchpads to cyberspace and students should know the strengths and weaknesses to each one, especially in their increasing usefulness towards academic research and learning.

Students all seem to have different preferences for different reasons. “Although there are many options, I feel most comfortable with Google because it offers a convenient segue to apps I use like Search, Mail and Drive,” said Anna Niedens, senior. “All those things really make a difference and speed up the process for me and my schoolwork”.

The following is a list of the various search engines and their strengths and weaknesses:

Kicking off our list is the mainstream front-runner of search engines. One of the reasons why Google scores so high with so many people is because of the applications that are packaged in its gmail account system.

Google’s mission statement from the outset was “to organize the world’s information and make it universally accessible and useful”, and its unofficial slogan was “Don’t be evil.”

According to market research published by comScore in November 2009, Google search is the dominant search engine in the US, with a market share of 66.8%.

Google indexes billions of web pages, so that users can search for the information they desire through the use of keywords and operators. Ironically, many would argue that Google is the opposite of its very own slogan, keeping a record of everything you search, targeting ads to you and disclosing information upon request.

If the firm’s senior executives are major shareholders themselves, then one would expect these opportunities to be more vigorously pursued. However, with an increasing privacy-apathetic population, Google still manages to prosper due to its innovation, expediency and efficiency.

Recently entering the arena,  Duck Duck Go is a search engine that is all about its privacy policy. Duck Duck Go is effective and respects their users over everything else.

Duck Duck Go operates its search bar with first class results and thrifty speed. Unfortunately, being the most benevolent engine, there are some minor drawbacks.  Duck Duck Go does not have search images, maps, or news.  However, this guardian angel does give instructions as to how to disengage Google’s privacy invasions by going to Google’s account settings.

Trailing behind its competitors,  Yahoo! has lately been reworking all of its major products (homepage, Mail, Flickr, etc.) and buying up new brand name products such as Tumblr.  Yahoo! had a chance to buy Google back in 1997 for $1 million but turned it down for fear of uncertainty in the engine’s viability.

Despite their near fatal mistake, Yahoo! is starting to take the back seat in search engine efficiency and is starting to allocate its value in other services like Yahoo! finance or Tumblr.

“I like Yahoo!, because the email setup it has  is way less bothersome than Google or MSN. The very thing that protects you from spam doesn’t actually spam you itself like Google,” said Michael Griffin, senior.

Google’s arch nemesis and hard-charging runner-up, Bing is Microsoft’s answer to search engine dominance. Though it’s the closest, it still has a way to go if you compare bing and google at the same time.  “If Google didn’t exist, I’d probably turn to Bing for my academic inquiries,” said Christian Ramos, senior.

Bing has a beautiful homepage for the artistic surfer, a toolbar arsenal that keeps Google up at night on occasion and definitely is way more inventive and interactive than its rivals with cursor openings.

“The only reason I don’t turn to Bing is the fact that its email isn’t as efficient,” said Ramos.

Overall it depends on the users preferences and it goes to show that there are more engines out there than the mainstream Google.

Here’s how the engines break down by market-share:

*These figures don’t reflect mobile search queries or market share. In mobile Google enjoys a roughly 95 percent share in the US market. The numbers above represent the 9th consecutive monthly decline for Yahoo’s search market share and a new low.