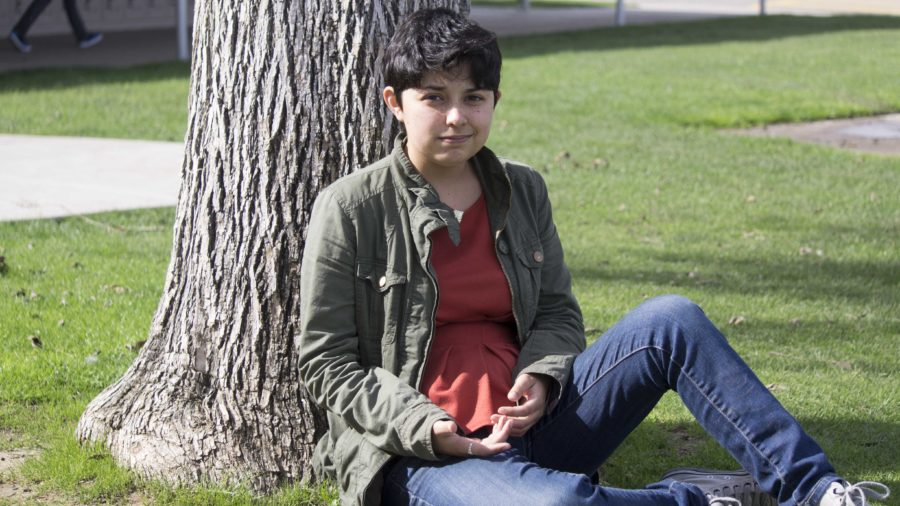 Ferris Mcintyre, senior and participant in the Camarillo Humans versus Zombies Orginization.

A Camarillo City Council investigation into “Humans vs. Zombies,” a two-day Nerf battle in which a number of Cam High students and alumni participate and raise funds for area charities, has resulted in city staff’s recommendation to change the municipal code.

The event has been held in F Canyon, located in Mission Oaks and believed to be named for its F-shape. The rules of the game are simple- humans armed with Nerf blasters try to survive as long as possible against “zombie” players. Profits acquired by a small admission fee combined with donation matches from large corporations such as Google and Microsoft are donated to organizations such as the American Red Cross and the Wounded Warrior Project.

The organizers of the semi-annual HvZ game as it is known, recently discovered the permits they received from the Pleasant Valley Recreation and Park District are invalid for the type of event they hold. The issue stems from the city’s municipal code, which gives no authority to issue special event permits for open space zones, like F Canyon.

However, Ovadia noted that the city would not have issued the event a permit due to the event being considered a special event. In Camarillo, a special event qualifies as anything that occupies a parcel of land or public right-of-way (sidewalk, parking lot, etc.) for more than one hour in one day but for less than the maximum time limit set forth by the council. According to the city’s municipal code, if a special event has not acquired the appropriate permit, they are not allowed to hold the event. Consequently, HvZ was forced to move to another location to hold the event.

“We’ve had to play the game in ‘Paintball USA’ up in Oxnard, and despite how nice the field looked, it was far too small and, in my opinion, incredibly dangerous for us to play in,” said Mr. Justin Suhr, another HvZ administrator and Cam High alum.

The city was forced to order administrators to move their event in accordance with the laws. “There is no authority in the city’s municipal code to issue special event permits for open space zones like F Canyon,” said Mr. Dave Norman, director of community development in Camarillo. “A change in the municipal code is necessary for HvZ to receive a special event permit.”

According to Norman, a council investigation into the matter resulted from nine complaints, all suspected to be from the same anonymous citizen. The complaints included vandalizing property, abusing wildlife, trespassing, and harming plant life, among other things. “The city council takes all complaints seriously, and they expect the staff to respond and address the complainant’s issues,” Norman said.

To undo any damage caused by the complainant, Ovadia created a 42 page packet; giving the council members an overview of the charity event, its benefits, and its current situation. “I wasn’t going to let [the complainant] libel us like that and ruin our reputation,” said Ovadia. “At the very least, I would set the record straight.”

Suhr, who also helped the event fight off the complaints, said, “We are planning to resolve this issue by essentially doing what we did with [a previous complaint], proving our innocence, significance, and our worth to the community.”

“The Camarillo community should care about this event because it is a charity event. We’re not just some hooligans running around trying to cause havoc,” said Suhr. “We’re a bunch of kids, parents, and college students trying to have fun on our breaks and making sure we at least help others while we’re at it.”

HvZ administrators also mentioned that they had been talking to city officials. “Since the first complaints were received, the staff has talked with Evan Ovadia and others about the HvZ events to gain a better understanding of the nature of the game, its organization, and its rules,” said Norman. “Our understanding has greatly improved over the past few months, and we are prepared to make a recommendation to the city council to change the municipal code to allow the issuance of special event permits in open space zones, which would allow HvZ and other organized events in F Canyon.”

Fortunately for future HvZ players, the administrators predict that the proposal to allow special event permits for open space zones will be enacted in time for the game in summer 2014.

“Compromise and agreement are important principles of any effective democratic process.  Sometimes progress toward agreement can be slow, but the process ensures all involved are heard and their viewpoints are taken into account,” said Norman. “We are hopeful that all involved can be reasonably accommodated.”