The Drive to Independence 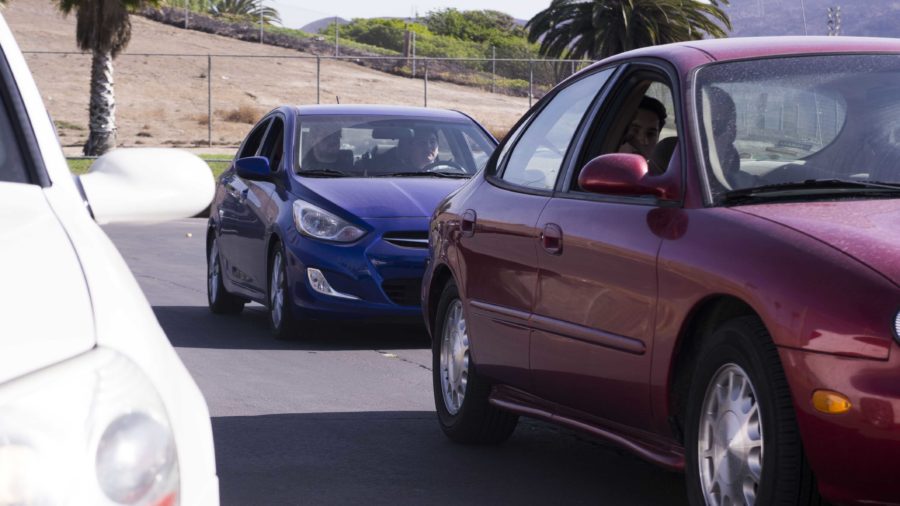 Anthony Lopez, senior, driving out of school from the lower parking lot of Cam High.

Many students at Cam High have gained the privilege to drive to school on their own, giving them the freedom to roam around after school and gain an edge on managing their time.

Driving has become an icon in America and in California, it’s near a statewide pastime. It’s one of the first levels of freedom a young person feels.

Chelsea Barrios, junior, finds it much easier driving herself  to school rather than riding with someone else. “I come to school and leave from school on my own time,” said Barrios. “It is much more efficient than I thought it would be.”

Driving not only helps the students’ time, but also boosts their morale. “Being able to drive on my own gives me a little pride and self confidence,” said Barrios.

Anna Isyhamma, junior, enjoys the independence as she drives herself to school. “My parents work everyday, and now that I have my license, I don’t have to wait for them to get ready,” said Isyhamma. Like others, pride plays a role in Isyhamma’s driving abilities. “I have my own car and I can go wherever I want with all the freedom I can get.”

But just like Uncle Ben told Spiderman, great power comes with great responsibility. Whether there’s a curfew or chore, many students will find it all to be worth it at the end because of the exemption they earn, but there are often more responsibilities than just obeying traffic laws.

Ashley Long, junior, enjoys the perks that come with driving on her own, but is also assigned chores from her family. “I have to pick up my siblings from school and I don’t always get to go wherever I want,” said Long.  “I’m the bus driver of my family.” But Long also enjoys the authority she has to roam wherever she’d like–to a point. ” The freedom to go wherever I want and how far and long I want is such a great privilege.”