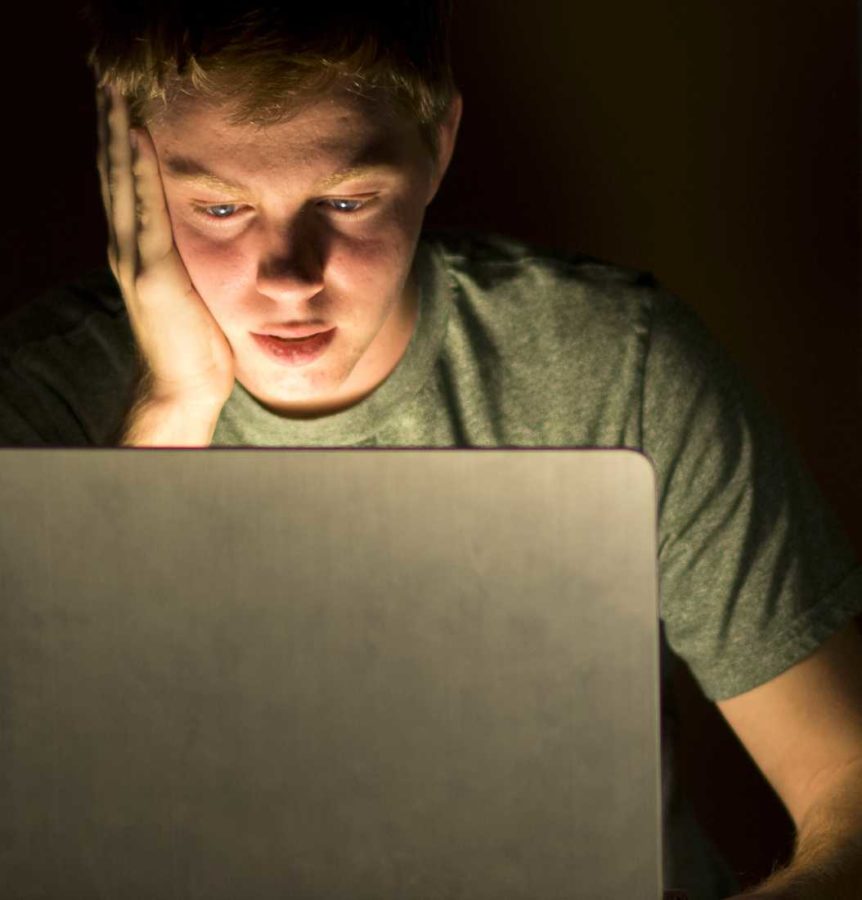 Virtually all students at Cam High have access to the Internet, whether via personal computers or, in most cases, smartphones. As the years have progressed, so have the technological advances of the smartphone, especially concerning the hundreds of features that accompany these pocket-computers. One of the most popular mobile activities among teens is social networking, including Facebook, Twitter, and Instagram.

David Dugan, junior, believes that social networks are an important part in rekindling lost friendships, but can be quite dangerous at the same time. “I really like using Facebook because it helps me to connect with people that I could never meet in person again, like people I met in Scotland at a soccer camp, but it can be really scary too,“ said Dugan. “Cyber bullying is one of the major cons of social networks, and I think there should be more effective filters on Facebook and things like that to prevent harassment over the web.”

According to Daniel Lee, senior, encountering new types of people over the internet is definitely the most exciting part of social media. “I have a social network to be social. My favorite one to use is called Whisper.”

Whisper, one of the more recent, up-and-coming forms of social networking aims to connect users with like-minded individuals, so that they can freely share their thoughts and participate in a meaningful community, all while remaining anonymous. While most social networks thrive on the basis that users connect their posts to a name and therefore their identity, Whisper allows students to anonymously confess what’s really been on their mind. “I like the freedom that comes with it and that I can be myself,” continued Lee. “I use it to connect with friends.”

“I would definitely say it’s very cool seeing other people on social media. Sometimes it’s interesting to see what other people are up to in their lives.” Lee also believes that as a negative aspect, social networking can be a  waste of time. “Sometimes I end up spending hours on social media not doing homework.”

In terms of school, Facebook and other forms of social networking will always have their pros and cons, according to Shain Wutkee, junior. “Sometimes social media can be extremely beneficial for school. A group project can be planned over a group message, or if you forget what the homework is in a particular class, just post a status. Someone is bound to know,” said Wutkee. “But in some cases, Facebook can hurt my schoolwork. While doing homework I’ll just have Facebook open, and as more friends message me, less and less time is actually dedicated to homework. This can seriously hurt the quality of the assignment, and the understanding of the topic.”

In spite of the pros and cons associated with social media, its influence over both students and staff here at Cam High are apparent. In response to the availability of the campus-wide WiFi made accessible for the 2013-2014 school year, an increasing number of teachers are also using social media outlets to post information pertaining to their class.