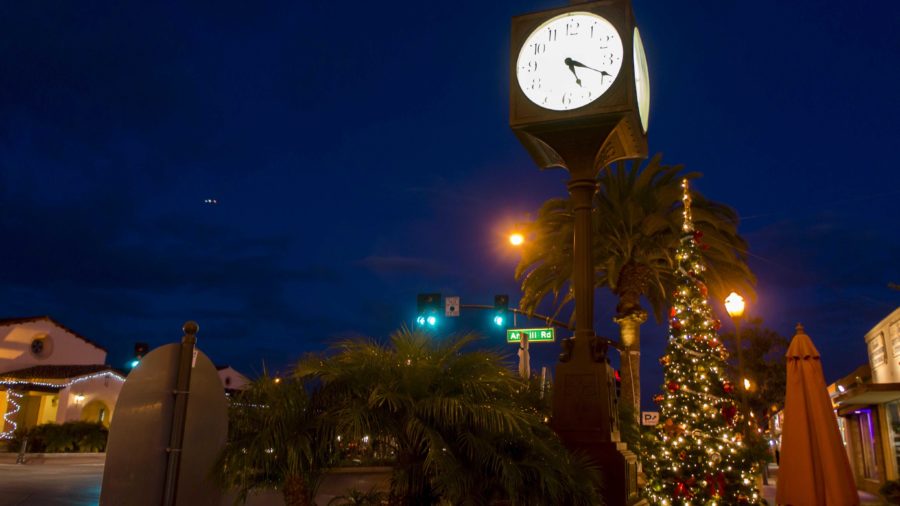 Downtown Camarillo shows off its splendor during the Holiday Season.

Camarillo’s Christmas spirit came to life on December 6th, as the city Christmas tree was lit up in the center of Old Town.

In celebration of the holiday, the tree-lighting event has been running since 2009. Not only was the Christmas tree lit, but varieties of activities, including picture-taking with Santa Claus and the Channel Islands Art Center exhibition, attracted people to the market. People could watch the art show, enjoy music preformed by Cam High’s marching band, and even talk to Santa.

“Definitely the most exciting moment during this event was when the Christmas tree lit up and the band start playing the Fight Song,” said Matthew Brown, junior.

Beyond just lighting up the tree and the art show display, officials said the Camarillo Christmas event exists as a way to bring the entire community together.