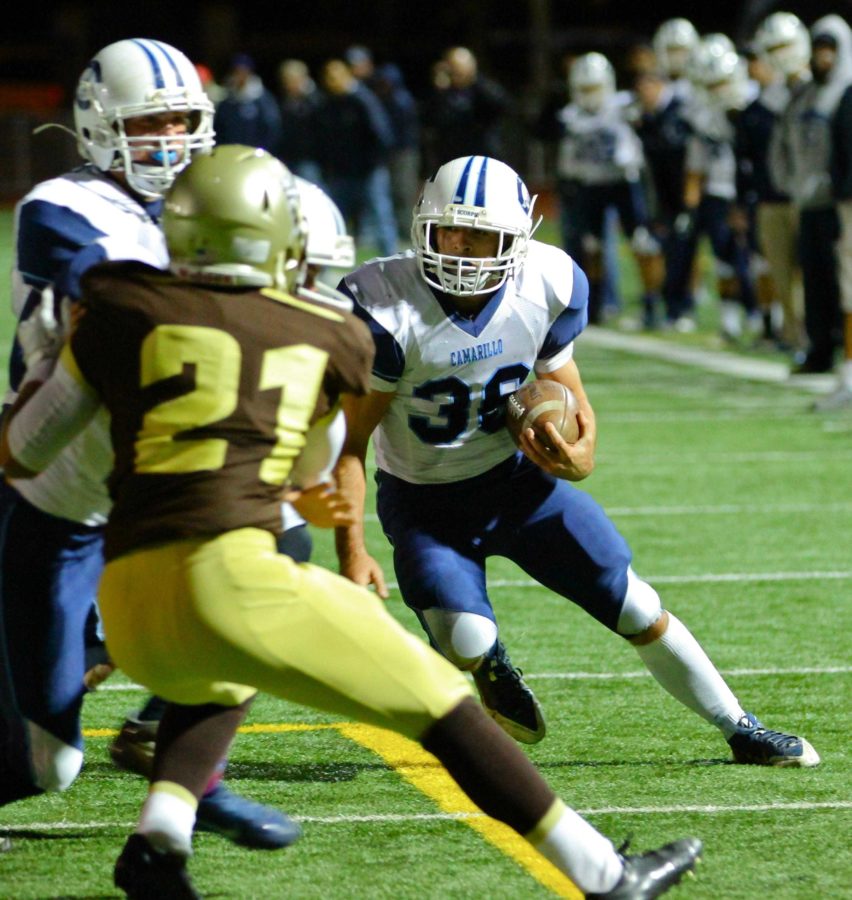 The Scorpions fail to make the grade against St. Francis High School on November 22.

Cam High was eliminated from CIF Western Division Playoffs with a loss to St. Francis High, 42-21.

A week after shutting out Santa Ynez High at home, 35-0,  Camarillo travelled to La Cañada to take on the Golden Knights of St. Francis on Nov. 22.

The Scorpions got out to a great start with Christian  Hernandez returning a fumble 70 yards for a touchdown to have the Scorpions go up, 7-0.

The Golden Knights would answer with a 8 yard run for a touchdown to make the score 7-7.

In the second Quarter, Cam High and St. Francis each scored 14 points to make the score 21-21 at half time. Rory MacNeil scored on a five-yard run and Tyler Waid caught a 53-yard pass from Geron Rogers.

After half time the Scorpions lost any foothold they may have had against Golden Knights and was shut out while St. Francis High scored 3 touchdown runs.

“I thought that we had a great season and if it weren’t for injurys, we could have gone farther into the playoffs,” said Jonathan Goldstein, Senior.

With it being the first season for coach Jack Willard, Michael Gesser, Senior, said, ” I felt that we exceeded expectations, knowing that it was his (Willard’s) first season.”

Cam High ended their season with the loss to St. Francis High. Cam High ended with a record of 10-2, lossing in the quarter finals of the playoffs.