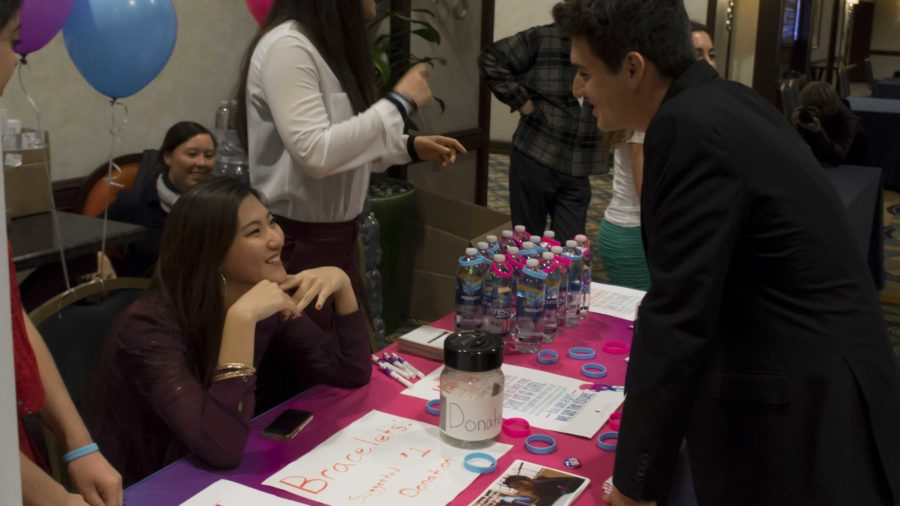 Kathy Kang, talking to JSA-ers about the Girl Up Project.

Cam High’s  Alexis Kallen, senior, has been selected as one of 10 girls to be a teen advisor for Girl Up, a United Nations foundation dedicated to empowering adolescent girls in third world countries. Approximately 600 girls apply every year, and must be nominated to go through an extensive writing application.

Girl Up is a campaign that gives American girls like Kallen the chance to become global leaders and channel their talents like energy and compassion to raise funds for programs that help reach adolescent girls of developing nations.

Kallen leads Cam High’s Girl Up club and hold meetings at her house every month. “It’s a chance to learn leadership skills and get opportunities that you wouldn’t normally have, ” said Kallen while promoting the club. Recently, the leaders of Girl Up were invited to see the movie premier of Disney’s Planes at Hollywood to be the face of the Girl Up campaign.

This weekend, the Girl Up members will facilitate a dress drive at Fall State Orange County, a Junior State conference held in Irvine. Approximately 800 people are expected to attend, raising awareness for Girl’s Count Act 2013, a movement to reach members’ personal congressional representatives by sending them a card with their signature, urging them to support their cause. Tina Tagliaferri, senior, said that contacting congressional representatives was the first step in bringing public attention to the plight of girls around the world. “It’s sad to think there are people in other countries that can’t get schooling and other opportunities that we can get here.”

A previous dress drive was held at Fall State Los Angeles two weeks ago, participating alongside Camarillo’s chapter of JSA (Junior Statesmen of America). A dress drive will be held at Cam High in March.

Personally, Kallen hopes to focus on the recognition of the rights and giving a voice to adolescent girls in both the United States and their foreign counterparts. “I want to boost advocacy around the nation and increase the number of youth advisory boards with Congress. I know I found my voice through the organization and developed a passion for politics through campaigning for girl-friendly legislation.”

Kallen plans on double-majoring in political science and international relations at college, and then wants to pursue her dream of working for an non government organization or NGO, a nonprofit corporation, which seeks wider social aims and encourages political participation, such as Girl Up.