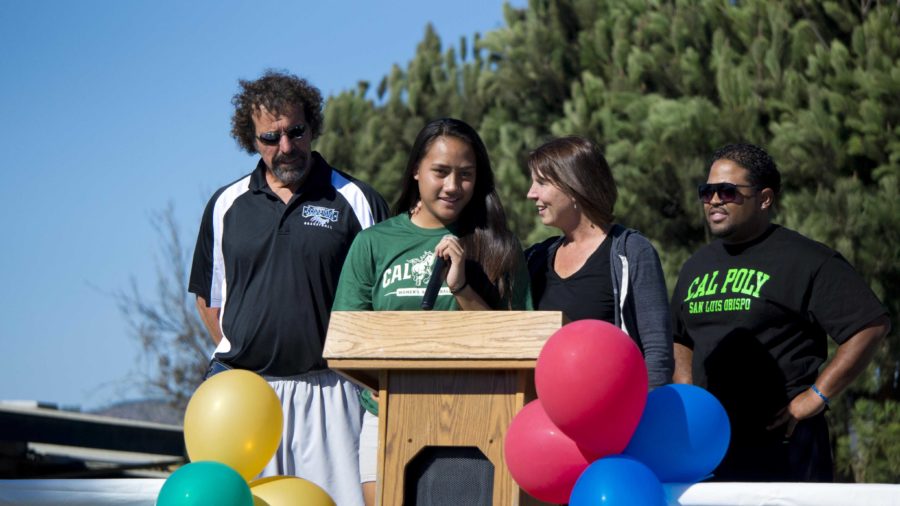 Students, teachers, and coaches gathered in the quad today at lunch to recognize five Cam High seniors for receiving full athletic scholarships to a four year university. The students honored and their designated colleges are as follows:

Mr. Michaeltore Smith, ASB advisor and Cam High girls’ basketball coach, organized the simple ceremony, beginning with a short speech, and then introducing the athletes on the stage. “Only two percent of high-school athletes nationwide receive this kind of award,” said Smith. “It’s something that I wanted to do to celebrate the achievements of our athletes.” The five students individually stepped up to the podium and thanked their friends, families, and coaches for helping them excel not just in sports, but other aspects of high school as well.

Although exceptional athletes, all five students were well-rounded in their academics as well. “I’m going to school for psychology. I’ll play softball all four years at college, but I want to be a psychiatrist after that,” said Shannon Hill. Of course, pursuing a career in psychology does not negate Hill’s love for softball. “It’s basically my life. I’ve been playing since I was four, and I’ve been on varsity since my freshman year. I love it. It gets you involved, and the other girls on your team become like family.”