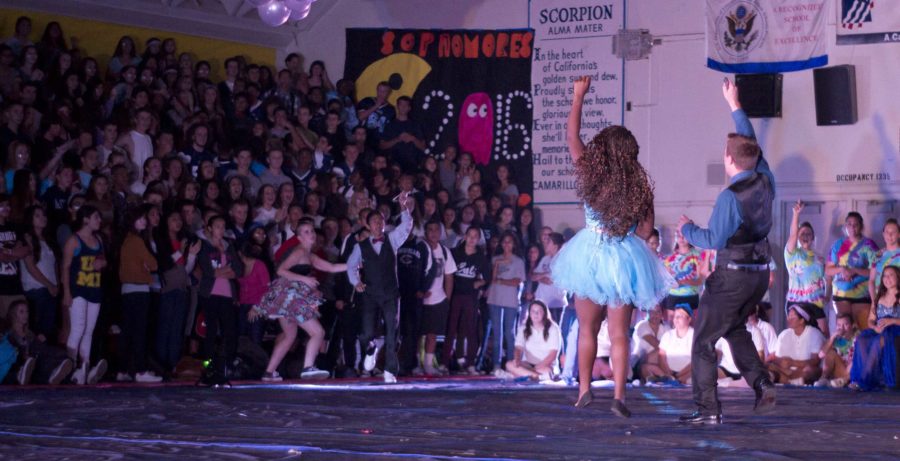 The band led students up the main hall and into the gym which filled quickly as Homecoming 2013 kicked off.

Cole Triebold, senior, couldn’t believe that so many people came to the rally. “It was beyond words,” said Cole after seeing the amount of people coming into the gym.

Cam High’s marching band was the first center of attention, playing the fight song, selected pep tunes, and the National Anthem, which lead into the short flag and cheerleader routines.

Next, the Homecoming court had to find various items that the DJ asked for.  Jeffrey Fielding, Junior Prince, said, “it was weird to be that close up, this year.”  It was “nerve-wracking” when the royalty had to work on their feet to win their games.

Mr. Michealtore Smith, ASB director, performed a Fresh Prince of Bel-Air routine along side the DJ. Sheyda Mesgarzadeh, senior, said that she “loved” watching the teachers play along with the homecoming theme.  “They demonstrated that even though their main priority is to teach they can, at the same time, have a humorous side that students can connect with.”