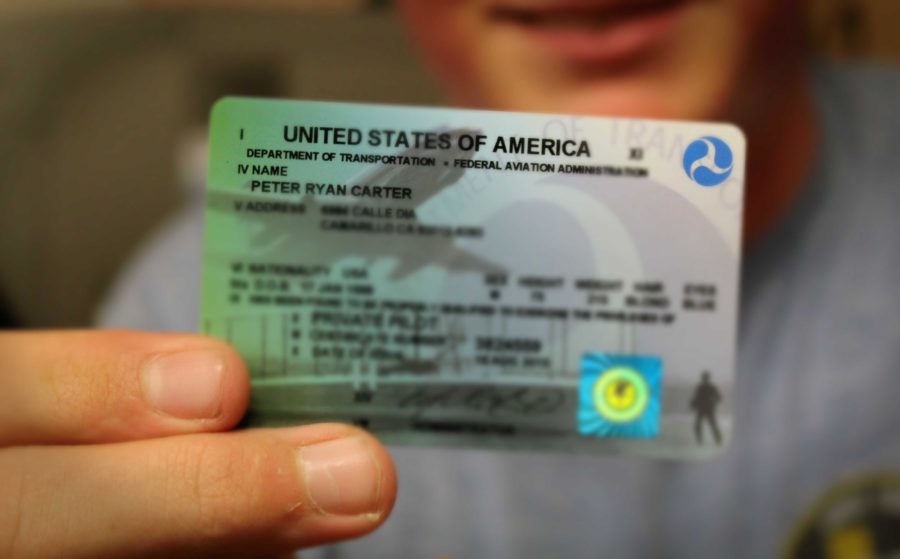 Earning one’s driver’s license is a rite of passage for many high schoolers, but Cam High senior Peter Carter reached even greater heights this summer. Carter received his private pilot’s license on Aug. 16, 2015, enabling him to command an aircraft without pay.

Carter loves the feeling of flight. “Flying is pure fun and excitement. It’s so calm and relaxing and just perfect for me. I find it so cool and interesting. It isn’t for everyone, but it definitely suits me.”

“The ground test portion of the checkride [the formal license test] was similar to the written assessment, except it was oral and [my teacher] tested me on a particular cross country flight. The actual flying portion was a run down of all of the emergency procedures, diversions, landing and takeoff techniques, navigation procedures,” said Carter.

Carter’s aspiration to fly began at a young age. His father, also a licensed pilot, often took Carter to airshows, where Carter developed a passion for aviation.

“The best thing is when you have finished climbing out of the airspace, and you’re at your cruise altitude. You can just relax, enjoy the view, fly around a little, or continue navigation if you were going somewhere.” said Carter, who plans to pursue his dream job as an airline pilot in the future.

“Flying over Camarillo really gives you the sense of how small it is. It may seem so big on the ground but, in the air, it’s nothing. Everyone has to experience it eventually. It’s so different in a smaller plane, apart from airliners.”

Flight classes were a constant drilling of procedures, landings, takeoffs, solo flights, and cross countries, said Carter. His two instructors, Donald and Michael, helped him learn to be comfortable in the air. “[Donald and Michael] were both very good teachers, and I can’t thank them enough,” said Carter.

However, according to Carter, flying is not always easy. “The worst thing has to be the safety procedures and all of the knowledge you must memorize to be proficient. It is a daunting task, but you can get it with practice.”

Flying could also be dangerous. Carter recalled an in-flight incident he experienced as he was maneuvering over the ocean. “Donald and I were told by Mugu Approach (air traffic control) that there was traffic below and to look for him [the other plane]. While Donald was busy looking for him, I kept the plane flying but periodically looking back. After I looked back after about ten times, I noticed another plane coming right at us from above. He clearly couldn’t see us, and we almost collided. Thanks to Donald’s quick instincts, we turned away and missed him. The ATC doesn’t always alert about all the traffic.”

But close calls paired with constant alertness are merely part of the experience for Carter. He tries to fly atleast once a week, renting a Cessna 172P/2P from Channel Islands Aviaton.

“In college, I’ll fly so much, it could be unhealthy. [Flying] is my life, and I enjoy it,” said Carter.